Diverse Economies Iceberg by Community Economies Collective adapted by James Langdon, as part of the ‘Trade Show’ at Eastside Projects in Birmingham, curated by Kathrin Böhm and Gavin Wade, 2013 is licensed under a Creative Commons Attribution-ShareAlike 4.0 International License.

The first trade of ‘Trade Show’ was with the economic geographer Katherine Gibson whose essay published for the show was written in exchange for James Langdon’s redesign of ‘The Economy as an Iceberg’. 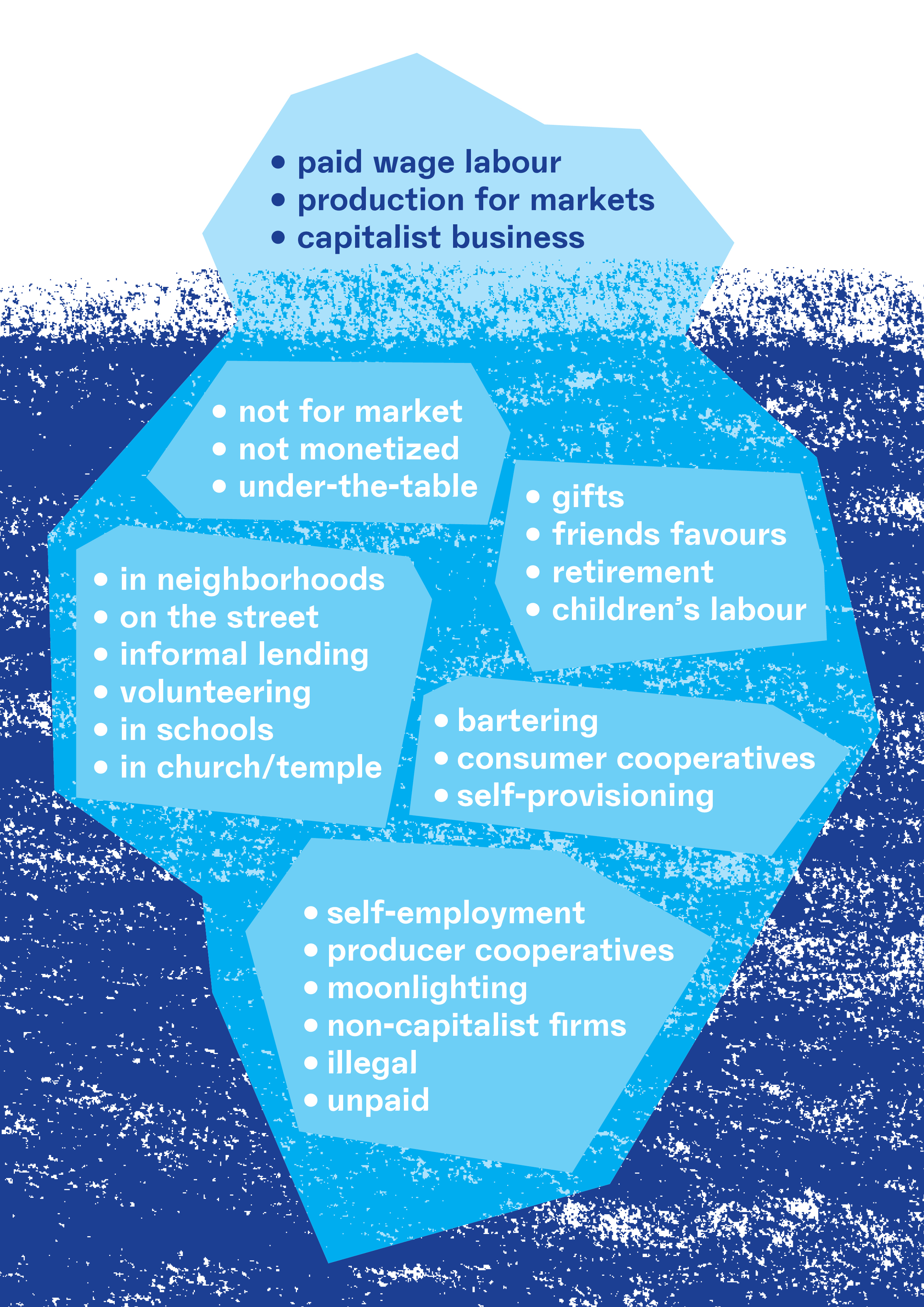